3DD: teaching anatomy to an eighteen-month-old

The DH got a very special book for Christmas.  It features pictures of topless women - in 3D!! 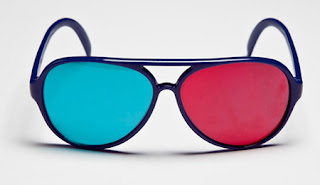 Just a whole book of breasts.  But it's not as lewd as it sounds.  It's the kind of fun book you have on your coffee table.

And that's exactly where it was when Milkbaby came across it.  He looked at the front cover for a few minutes, then pointed at the barely-covered breasts and said "milk".  "That's right", I said.  He then picked up the book and brought it over to where I was sitting, turned around, backed his little nappied butt up and proceeded to sit on my knee, all the while holding the book.  It was clear that we were going to read it, together.

So we "read" the Milk Book.  There were no words, so all I had to do was turn the pages while he pointed and narrated.  His narration went like this:

Well, unlike last New Year's eve (when I barely made it to midnight), this New Year's we did the unthinkable... we left Milkbaby with his doting grandparents, and drove over 3 hours across the countryside to have a few quiet beers with some friends.  His first night alone without either of us.  And for us, there was no coming back in the event of some unforeseen disaster ("he won't sleep!").

We tried to warn them: "he probably won't sleep that well".  And, well, they'd seen his atrocious eating habits over the previous week.  But the doting grandparents insisted that we should leave Milkbaby with them and take their convertible on a jaunt across the South Island.  "A second honeymoon" said Grandad.  I smiled gratefully, thinking about the potential for 8 hours uninterrupted sleep.

But that's the irony... all that potential was wasted.  We were going to be drinking, watching fireworks, socialising, and then sleeping in a tent on the front lawn, with the waves crashing on the beach 30 metres away.  So I was about as likely to get 8 squares as I was if I'd stayed with Milkbaby.  But hey, what you haven't had in 18 months you don't miss.

And Milkbaby?  He ate well and slept well (of course), and hardly noticed we were gone.
Posted by Island Mum at 1:27 AM 1 comment: