How to be a yummy mummy 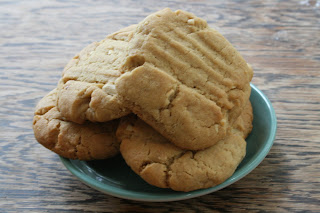 Email ThisBlogThis!Share to TwitterShare to FacebookShare to Pinterest
Labels: Keeping up appearances

An unseemly preoccupation with size

We are, as a society, preoccupied with size.  Particularly the size of newborn babies.  I find myself answering the question before it's even asked - you just know it's coming.

Grandad's reaction: "wow, over 9 pounds!  I caught a trout that big once."


As if hauling in a 9 pound trout was equivalent to 27 hours of labour.

And a friend: "just think, that's about 9 blocks of butter!" 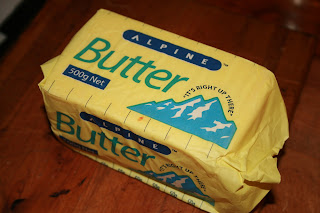 All I could think was that I was glad babies don't have so many corners and scratchy wrapping.

At every turn, (it seemed almost daily in those first weeks), Milkbaby is weighed and measured, his growth carefully recorded in his book and plotted on a graph.  Yesterday he had another such weigh-in.

But why all this measuring and weighing?  Does it serve any real medical purpose?

Having done a little research, I'd like to record here, for posterity, that size does not matter.  It's growth that counts.
Posted by Island Mum at 1:47 AM No comments:

Email ThisBlogThis!Share to TwitterShare to FacebookShare to Pinterest
Labels: Anecdotes

It's like a forced labour camp, this motherhood business.

Solzhenitsyn's classic, "The Gulag Archipelago", is a three volume description of life in a Soviet labour camp (I can only claim to have read the first volume).  An archipelago is a chain or cluster of islands (notice a theme?).  According to Wikipedia, the word Archipelago (in The Gulag Archipelago) compares the system of labor camps (gulags) spread across the Soviet Union with a vast "chain of islands", known only to those who were fated to visit them.  The Motherhood Archipelago is very similar - a vast chain of islands known only to the inhabitants fated to live on them, upon which various forms of torture take place.  Sleep deprivation is the usual method of torture in the motherhood gulags, followed closely by being regularly doused in bodily substances, dancing/jiggling on one spot while holding a heavy weight in your arms, having your hair pulled, eyes poked and cheeks and neck skin pulled.  It is worth noting that the forms and severity of torture vary according to the age of the torturers and the other inhabitants of the island. 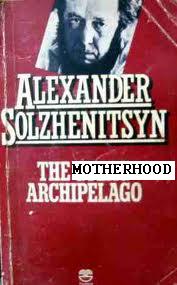 Of course motherhood is actually nothing like being in a gulag, and in fact most of the time it is pleasant and rewarding.  However, as I thought while hanging the washing on the line in a gale-force nor'wester, "it ain't no picnic".

I know many people who operate under the misapprehension that all mothers do all day is lounge around, drink cups of herbal tea and have playdates.  This post started out with the aim of dispelling that notion, though it's now gotten somewhat longer.

Solzhenitsyn's other novel, "One Day in the Life of Ivan Denisovich" describes a day in the life of an ordinary prisoner of a gulag.  I thought it would be interesting to document my day.  Read on for the gory detail, but if you can't be bothered, here's the summarised version:


The detailed version:
5.30am Milkbaby wakes, feed Milkbaby, change nappy in the dark (is that poo?), attempt to put baby back to bed
6am Give up on sleep and bring Milkbaby into bed for more food and entertainment
7-8am Make breakfast for Milkbaby (mango and rice if you please), shovel own breakfast into mouth
8-8.30 Clean up mess in kitchen, shower, dress, make bed
8.30-9am Put a load of washing on and attempt a few other one-handed tasks while carrying He-who-will-not-be-ignored around the house
9ish Put Milkbaby to bed (not as easy as it sounds but I won't bore you with the detail)
9-10.30 Call bank to quibble over credit card bill, pay bills, hang washing on line in gale-force northwesterly, put on another load of washing - nappies this time (yes, this involves touching poos and wees)
10.30-11 Milkbaby wakes from nap, change nappy and commence daily wrestling match otherwise known as 'getting baby dressed'
11-11.20 Put a loaf of bread on and make muesli while defrosting baby food sans microwave and keeping an eye on baby playing
11.20 Feed baby, then feed baby some more (kumara, mmmm)
11.45 Get ready to go out, field phonecall (almost dropping old fashioned phone on baby in the process)
12-3.30 Take Milkbaby to Playcentre for SPACE
3.30-4.30 Fix snack for Milkbaby, supervise snack eating, put muesli and bread away (secretly admire own domesticity), supervise a solid session of jolly jumping, change nappy, retrieve washing from the line/lawn/neighbour's garden
4.30-5.30 Feed Milkbaby, then feed avocado to Milkbaby, then bathe Avocado-covered Baby, feed Milkbaby again
6pm Milkbaby sleeps
6-6.30 Clean carnage, think about dinner
6.30 Milkbaby wakes
6.30-6.45 More feeding, comforting baby, Milkbaby sleeps
7-9 Clean carnage and cook dinner, eat, clean up, fold laundry.
9 Retire for a spot of blogging
9.45 Predict that eyes will be shut before head hits pillow.
Posted by Island Mum at 12:43 AM No comments: