History lessons with a four-year-old

This afternoon, driving home from a big morning of playing at the park, the news on the radio reminded us that today is the commemoration of 100 years since the start of World War One.

"World War One?" asked Milkbaby, from the back seat.

He often overhears snippets of the news and makes comment; yesterday the weather report was "showers easing overnight" and he said with a giggle "there was sneezing in the night??!".  Oh how we laughed.

"Yes darling, it was a big war one hundred years ago.
"But why, mama?
"Umm, that's a good question.  Let's learn all about it this afternoon, okay?"

I'm floundering here.  The sad thing is, I'm a history major.  But how do you explain the causes of the First World War (or any war, for that matter) to a four-year-old?  The first thought that popped into my head was "some damn foolish thing in the Balkans", but I held my tongue as various ideas, phrases and images from long-ago-crammed exams bounced in my head.

As we pulled up, I thought I'd personalise the war conversation.  More fool me.

"Your great great grandfather was in World War One.
"My great great grandfather?"
"Yes his name was Albert Alfred.  He was killed in France."
[looking upset] "He died?"
"Yes darling, he was shot on Vimy Ridge" [Mama blunders on]
[bottom lip quivering and eyes getting moist]  "But he's died?"
"Yes" [realising that maybe this topic is too heavy and wondering how I can back out of it]
"But ... I wanted to play with him" [the pre-cry whine is threatening his voice]
"Oh that's really nice honey.  It's sad isn't it.  War is really sad because lots of people die.  What shall we have for lunch?"  [How's that for a mid-conversation-subject-change??]

I might have made a mistake here.  Or perhaps opened up a little door to a lifetime of curiosity for history.  Whatever the case, this conversation and the afternoon's activities (drawing a picture of Albert Alfred, watching historical footage of WWI, and poring over the world map discussing which countries were involved and where the major fighting took place) opened the question floodgates.

"But where was he fighting?"  In France, at Vimy Ridge.
"He was in Canada?"  No he was from Canada, and went to France.
"But how did he get there?"  Good question... by boat.
"But who went with him?"  His army mates, his Battalion.
"How old was he?"  I'm not sure, I will check and let you know in the morning.
"I think he was 36."  That's probably about right, he was probably about the same age as me and daddy because he had four young children.  [holy crap, FOUR children?!!  I checked: he was 35]
"But, mama?  You couldn't play with him?  And Cal couldn't play with him?"   No darling, we couldn't play with him either.  He didn't come home from the war.

The moral of this story?  Know your facts before starting a conversation with a four-year-old.  On any subject.  And be careful when discussing the war, his eyes might not be the only ones getting moist. 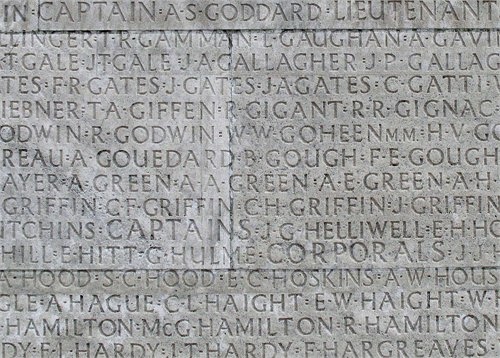 Posted by Island Mum at 4:01 AM No comments: