Captain Boringvoice to the rescue

In the days when there was the time and energy to read and be read to in bed, the DH used to read the occasional page or two of philosophy to me (romantic eh?).  Just whatever he was reading.  A page or two is probably hyperbole.  It only took a paragraph or two before I was off in the land of nod, snoring happily.  I always thought it was the subject matter - to me, reading philosophy is about as fun as watching paint dry.

But the other day we discovered it's not the subject matter at all - it's the DH's sonorous and extremely boring voice!

So I am re-monikering him Captain Boringvoice, or CB for short.  If Milkbaby's having trouble getting to sleep, they just settle in for some light reading, a little Nietzche or a few pages of Emily Carr's autobiography.  "I'm quite enjoying it", says CB.  A few pages is all it takes, and Milkbaby is fast asleep.

Thinking the other day that perhaps it was the subject matter, I picked up the book and tried to read it - to no avail.  I put on my most boring monotone.  No luck.  CB walks in, and Milkbaby, realising the game is up, turns to me and says "bye bye", before flopping down on the bed, ready for Captain Boringvoice's melifluous tones. 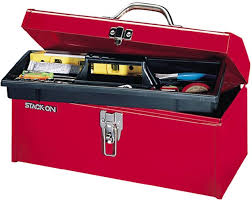 That's the sound of a useful tool dropping into a moderately empty get-the-baby-to-sleep toolbox.
Posted by Island Mum at 2:31 AM 1 comment:

Email ThisBlogThis!Share to TwitterShare to FacebookShare to Pinterest
Labels: Sleep

Just when I thought I could relax, on Sunday evening I felt just a suggestion of that old familiar pain, this time on the left side.  For a while I tried to pretend I was imagining it.  Then I tried to explain it away ("must have bumped it during my woman-conquers-weedwhacker gardening frenzy").  Then, as the pain grew worse, I did some bargaining with it ("just let me get a good night's sleep and I'll be fine in the morning").  Then there was a bit of self-medicating.  None of it worked.

The pain was worse in the morning.  There was an angry pink stain spreading across my breast.  Milkbaby didn't care, or notice.  He still wanted his milk.  In case I haven't mentioned it before, feeding with mastitis is ridiculously painful.  It pretty much tops my "Would You Rather?" list.  But unfortunately, it's also necessary.  But strangely (and luckily), this time these were my only symptoms.  No fever, chills, vomiting, nausea and general crappiness that accompanied my last two battles with mastitis.

The DH dropped me at the doctor on the way to work.  There I faced the usual barrage of questions, poking and prodding.  What stood out for me this time was the noticeable change in attitude towards breastfeeding.  While the response 7 months ago to me still breastfeeding my 1 year old was fairly harmless (along the lines of "well you've made it to a year now, when do you plan to stop?"), the response this time from both the doctor and nurse I dealt with was more like with-raised-eyebrows "you're still breastfeeding?".  "It's not like I've had a lot of choice in the matter", I grumped at the nurse.  "You'd rather not continue?" she said.  "Well, no, it's not like that, it's just...well, he's not even two yet anyway", I stammered, somewhat defensively.

Perhaps, given my in-laws' hints and pointed questions over the Christmas holidays, I should have expected it.  Whattoexpect.com says, in their mini-guide to nursing a toddler, that extended nursing (that's beyond 1 year!) "is bound to raise some eyebrows".

I manage a half-assed explanation that Milkbaby is MOSTLY down to two feeds a day, whilst trying to ignore the fact that the doctor's holding my breast in a pincer-grip and feeling for an abscess.

"Hm, well the good news is that there's no abscess there.  You should book an appointment with your doctor in a day or two to get checked for an abscess."

"Uh, yeah, I know what one of those feels like." [Dude, in case you hadn't worked it out from the long story I just told you, I'm pretty much an expert now.  And if possible I'd like to avoid having my boobs poked and prodded by yet another person.]

I left with a prescription for two types of antibiotics.

I finally arrived at work.  At the other end of the reaction spectrum, my colleague, upon hearing the news that I had mastitis again said, "you're still breastfeeding??!!  You LEGEND!"